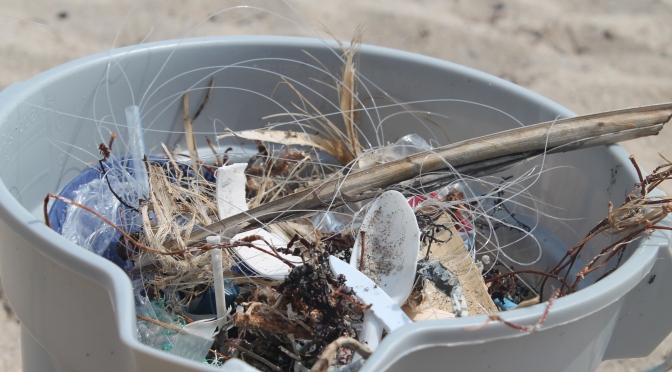 Recently, I went on a beach walk and did a one-hour beach cleanup. I started at the northernmost entrance to Spanish River Park, where there is limited street parking on Spanish River Road. I walked north towards Highland Beach.

Overall, the beach was relatively clean, though there were a few concentrations of trash, and plenty of disturbing finds.

Though it was overcast, it was an eerily beautiful beach day. 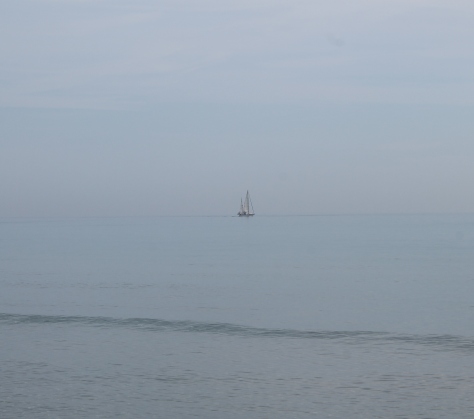 The gray sky bled into the gray sea, and without the help of a sailboat I wouldn’t have been able to tell where the horizon was. 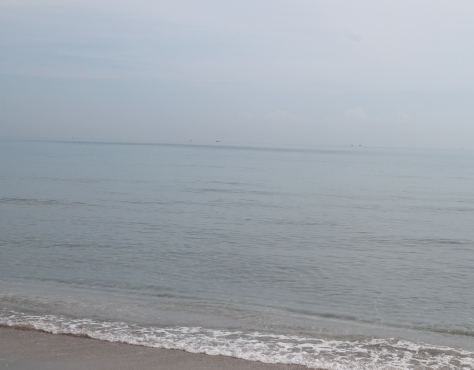 The sea was also silent, a rare sight on the east coast of Florida.

Scary Findings (Or Reasons Why You Should Keep Your Shoes On at the Beach!)

After seeing these pictures, it is sad to say that this was a relatively clean beach. I found most of the trash on the high tide line, where remnants of plastic-laden seaweed were left behind.

The largest concentration of trash was near a rocky cove area. 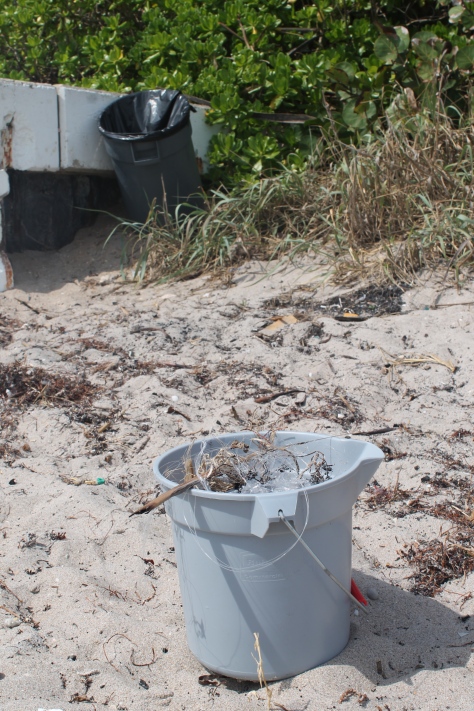 There was a trash can right next to where all the garbage seems to wash up, and if everyone who walked by put some of the trash each day into that can, we could prevent some of this garbage from washing back out into the sea. 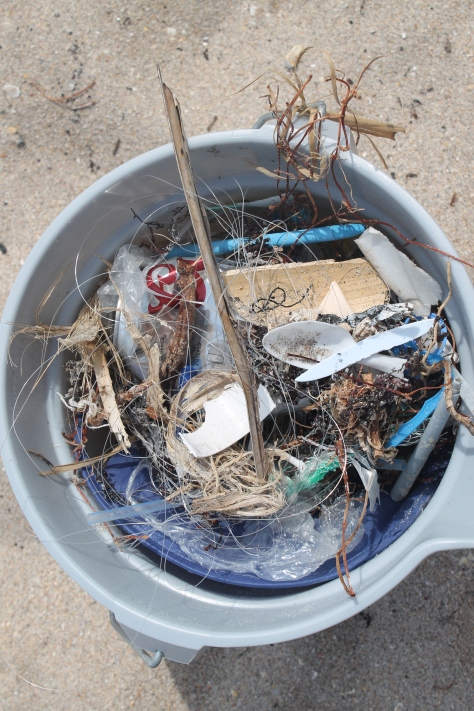 All of this litter, which is dangerous not only to marine animals, but also humans, was removed in less than an hour’s time.

No cleanup is too small. One person can make a difference! 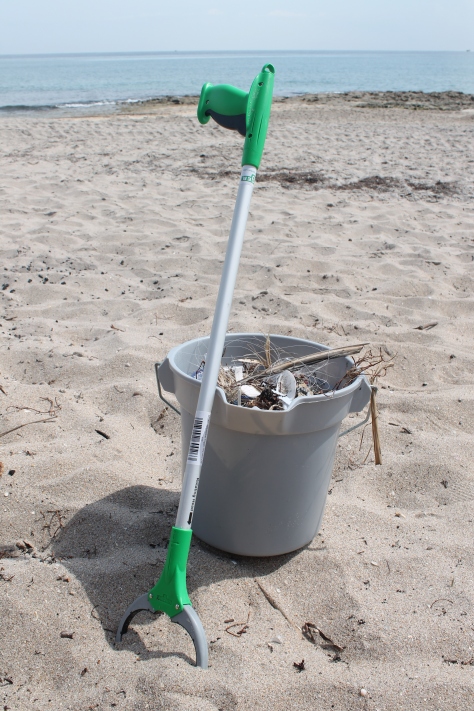 I Support the Sea Turtle Conservancy

I have two sets of these water bottles. They are a great way to save money and reduce your plastic output.

Six bottles for around $21.95 availble on Amazon! Click the pic to shop.

This set of 4 glass straws is another great item to buy on Amazon. They are durable, and I use them every morning in my coffee. Cut down on your plastic straw use with these!

Available on Amazon for around $12.99! Click the pic to shop.